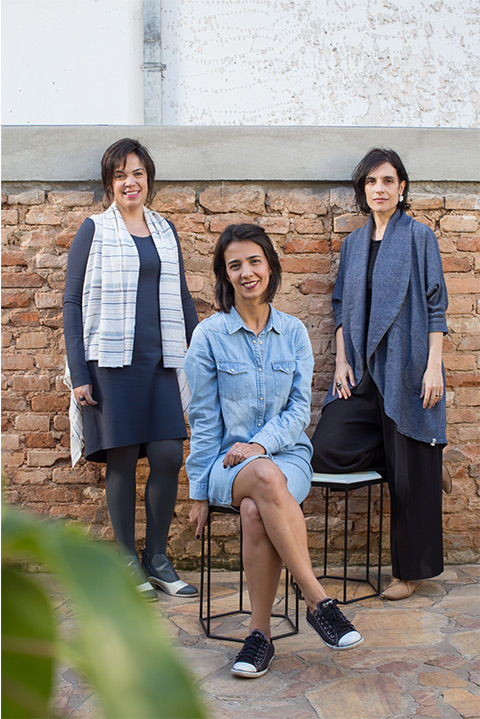 Gema Arquitetura is an architectural practice founded in 2002 by Nara Grossi and Priscila Almeida, contemporaries at Escola de Arquitetura/Universidade Federal de Minas Gerais. With studios located in Belo Horizonte and São Paulo, Brazil, Gema has built a solid and diverse portfolio through the years, that ranges from residential and commercial projects to urban interventions and objects design. In 2014, Joseana Costa completed the team bringing her vast experience in heritage projects. Gema was the practice selected to project the renovation and extension of Teatro Oficina, one of the world’s most emblematic theatres, projected by architects Lina Bo Bardi and Edson Elito.Sharing interests between academic and architectural projects, all works of the practice have a common ground: simple and elegant solutions, concerned with timelessness and fluidity of spaces. Gema’s trio designs almost artisanally, seeking bespoke solutions, as each project is thought to each client, taking into account their needs and desires, as well as the architects’ line of thinking.

In 2012 and 2015, the practice was awarded by the Instituto dos Arquitetos do Brasil (IAB-MG) for the projects “Residência Veredas” and “Museu do Registro”, respectively. In 2017, Nara Grossi wrote a book about the work of the architect Humberto Serpa, published by Monolito.