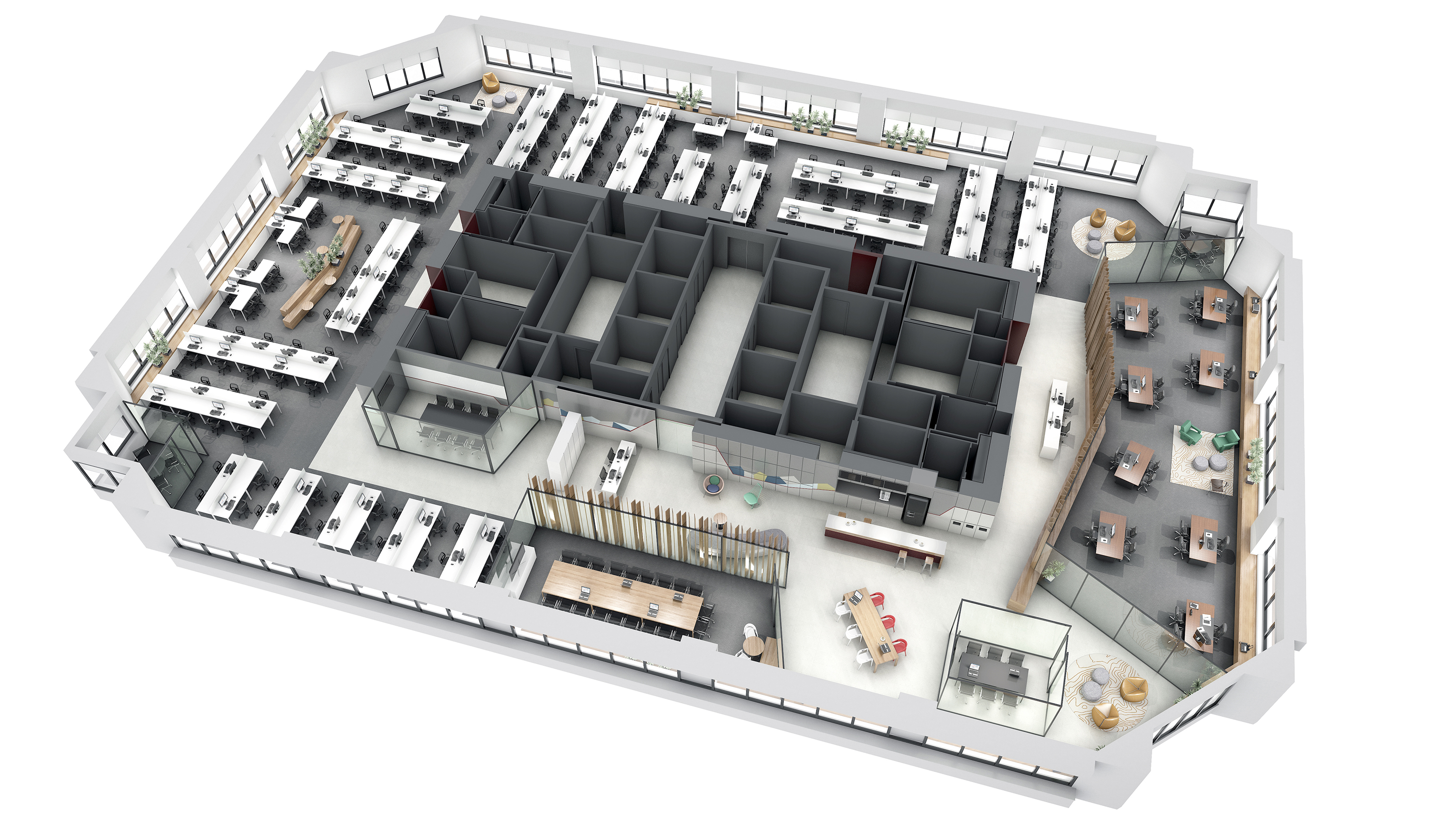 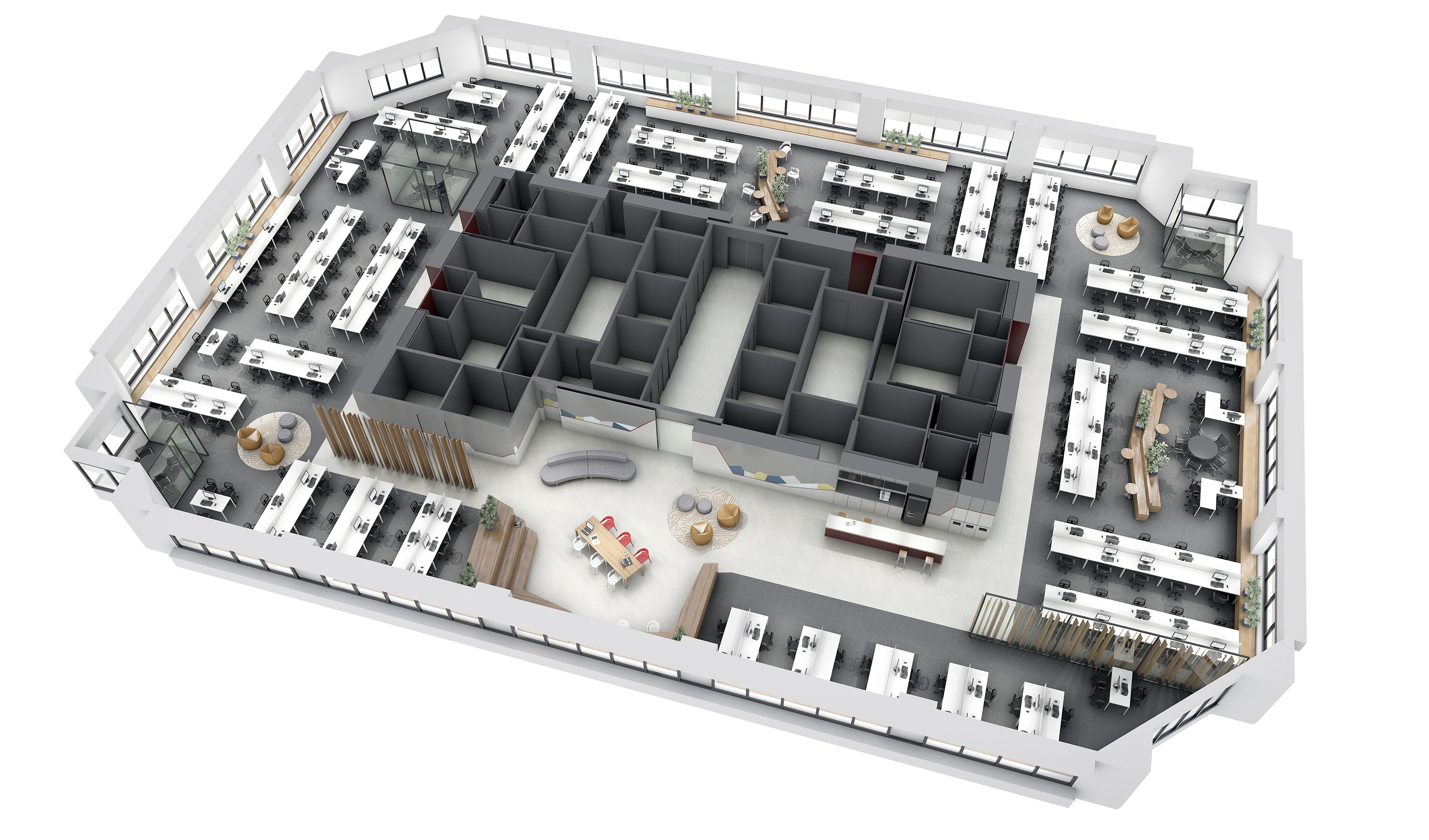 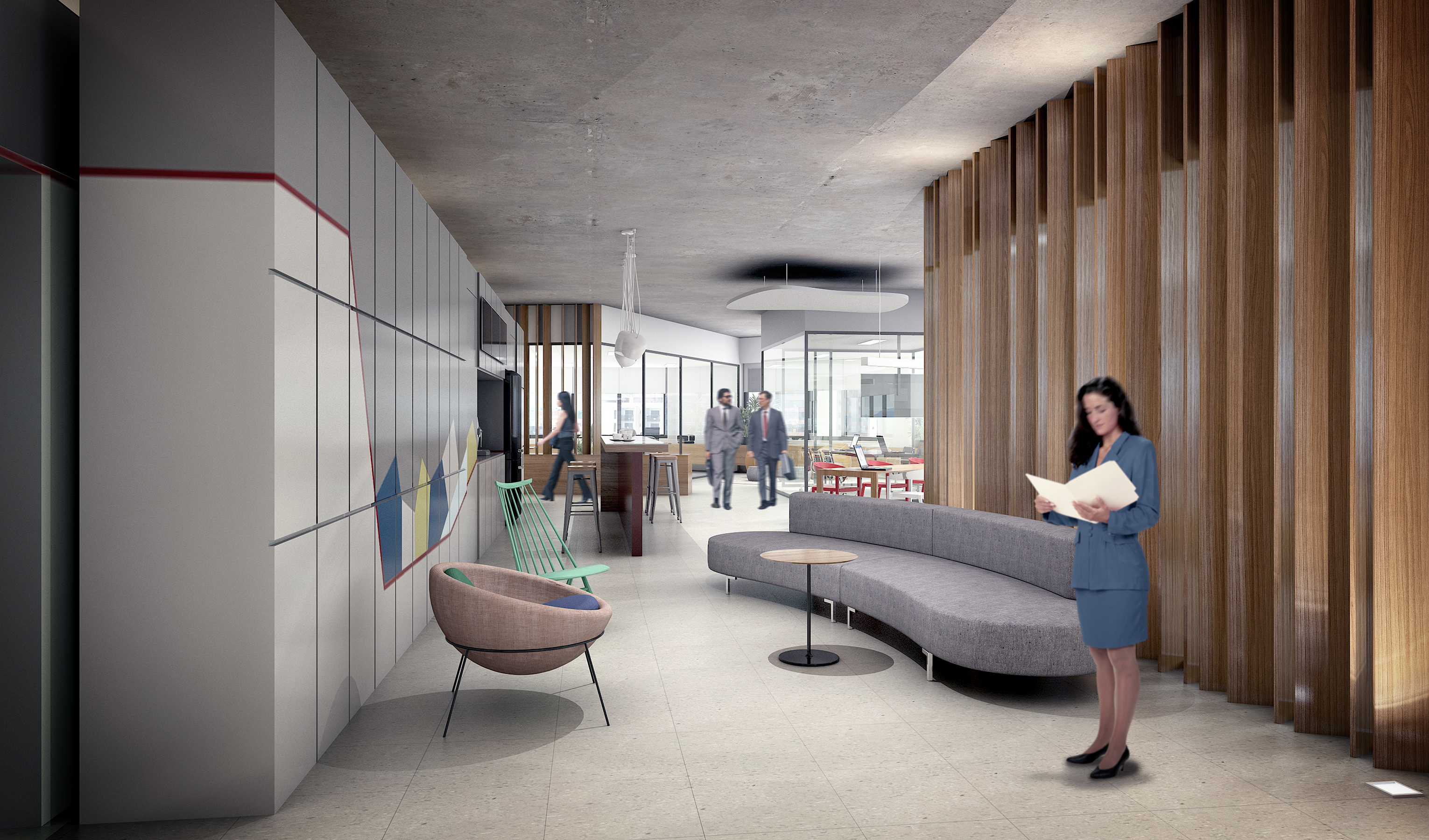 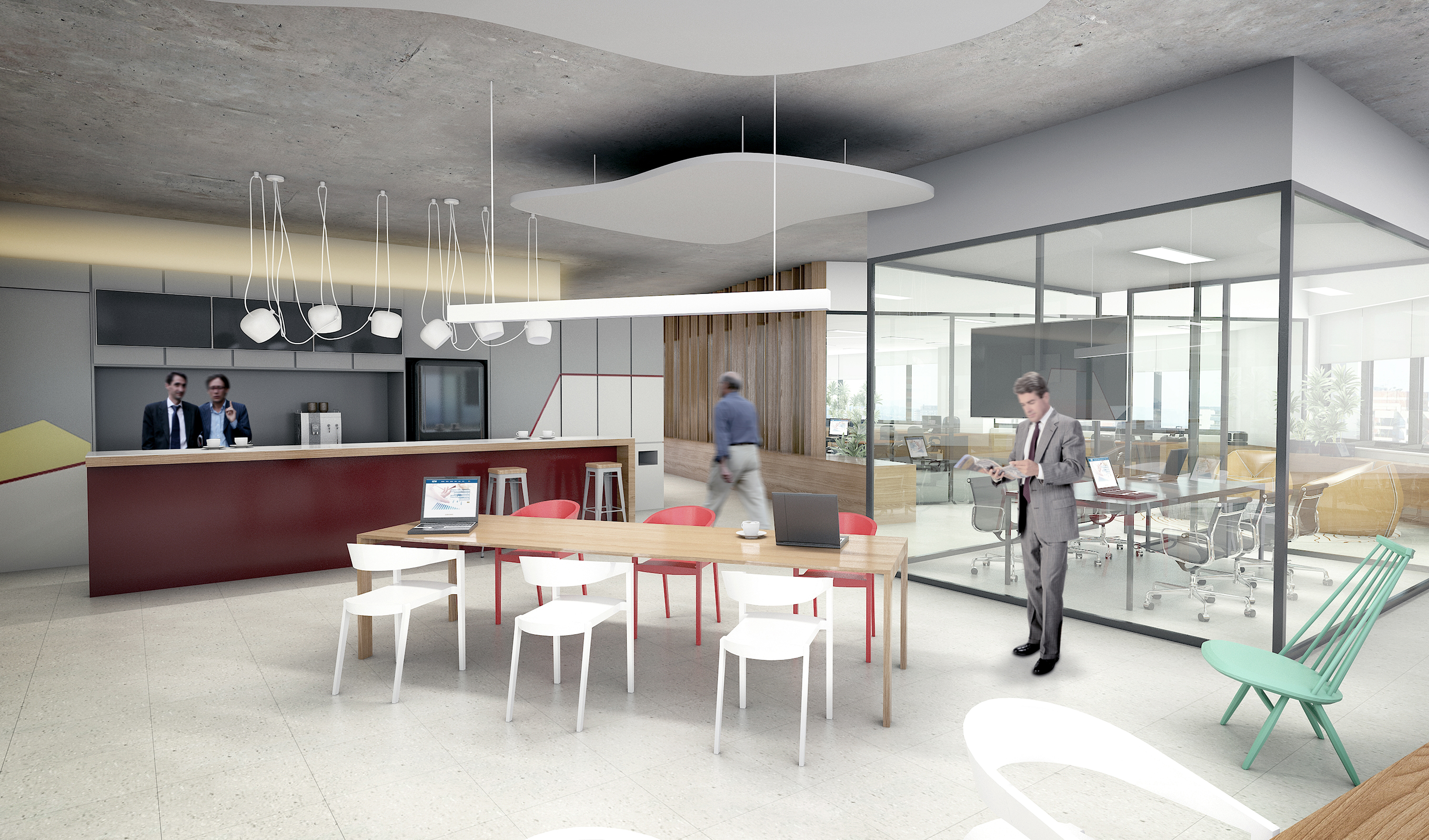 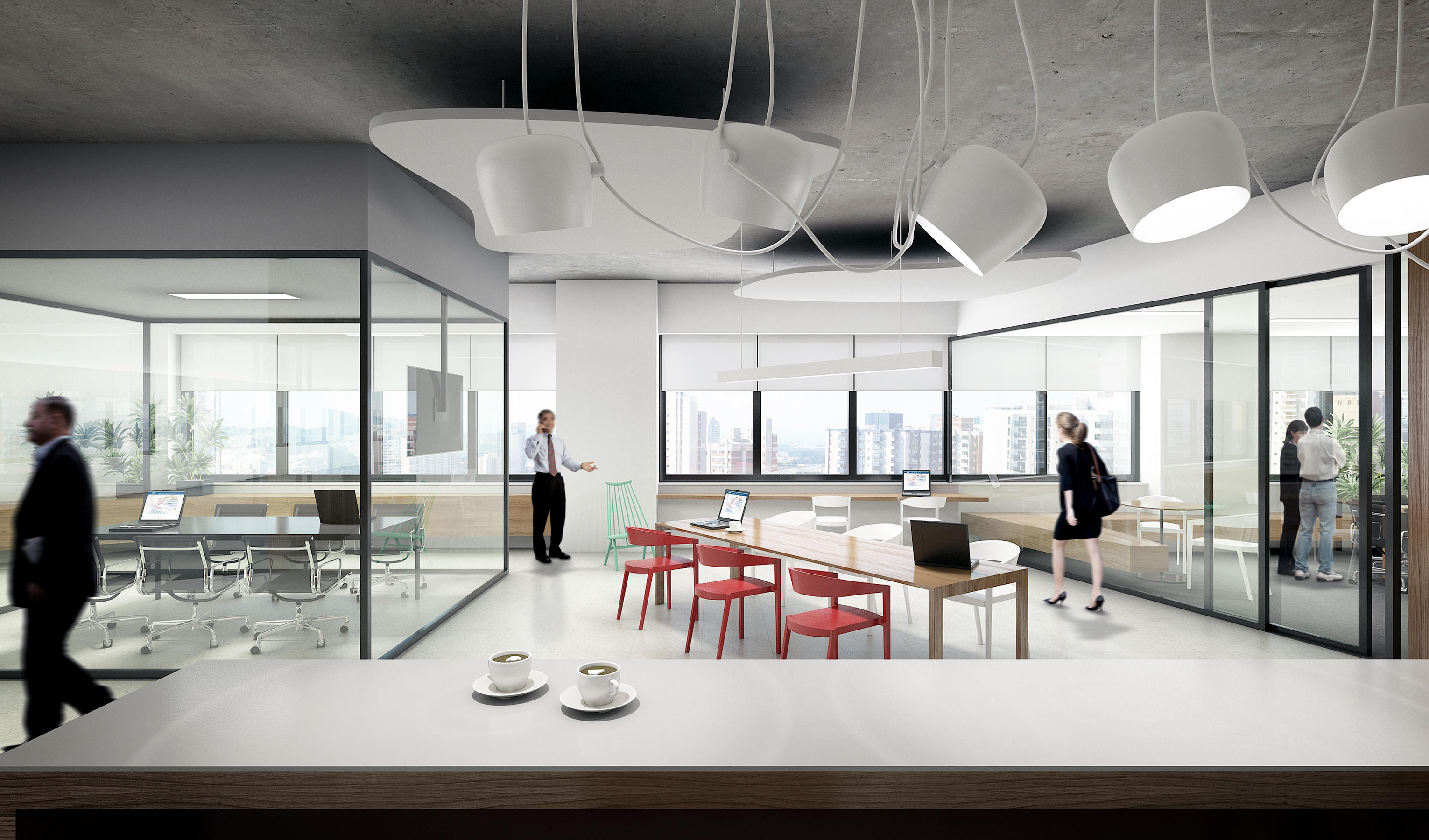 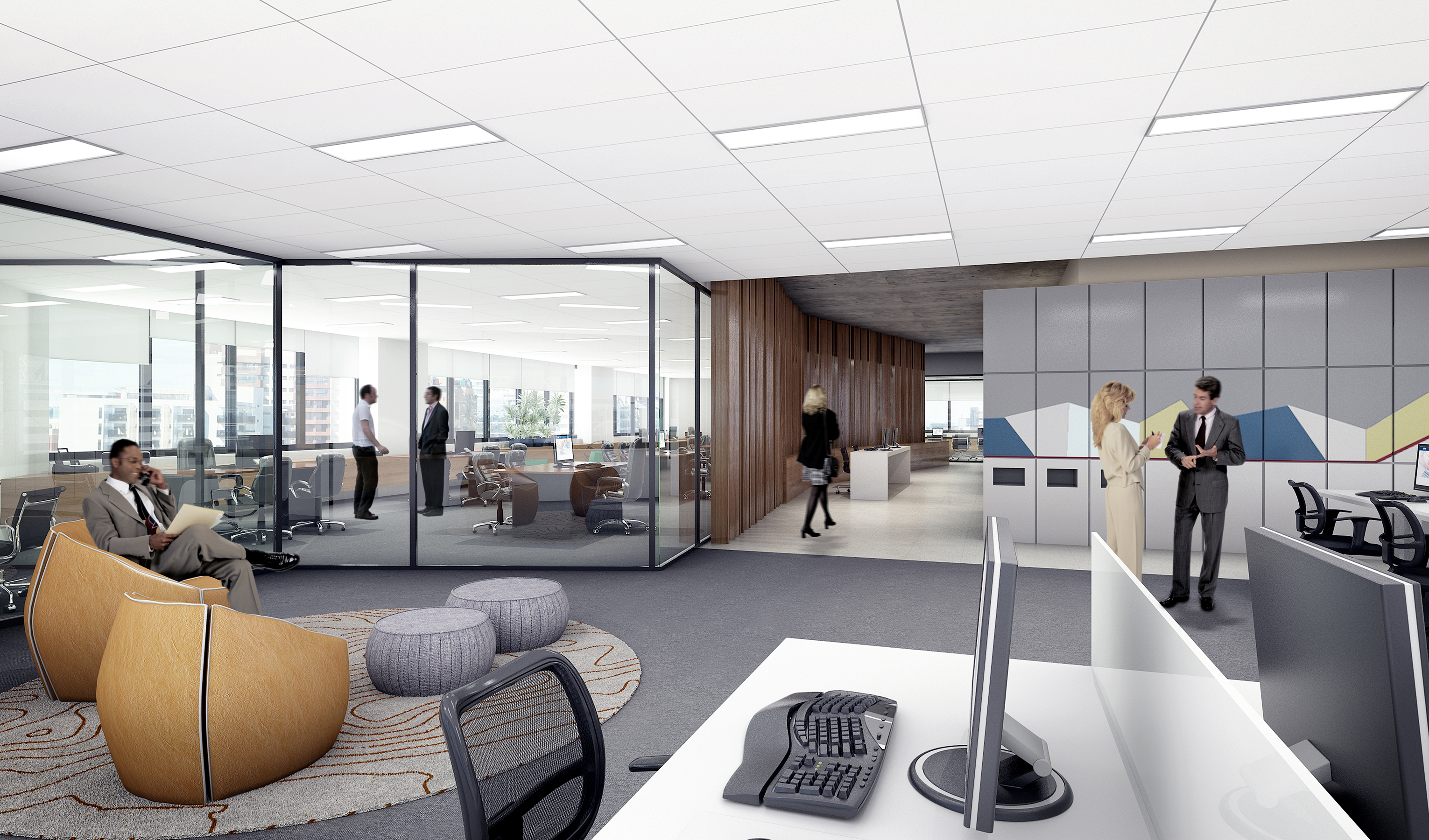 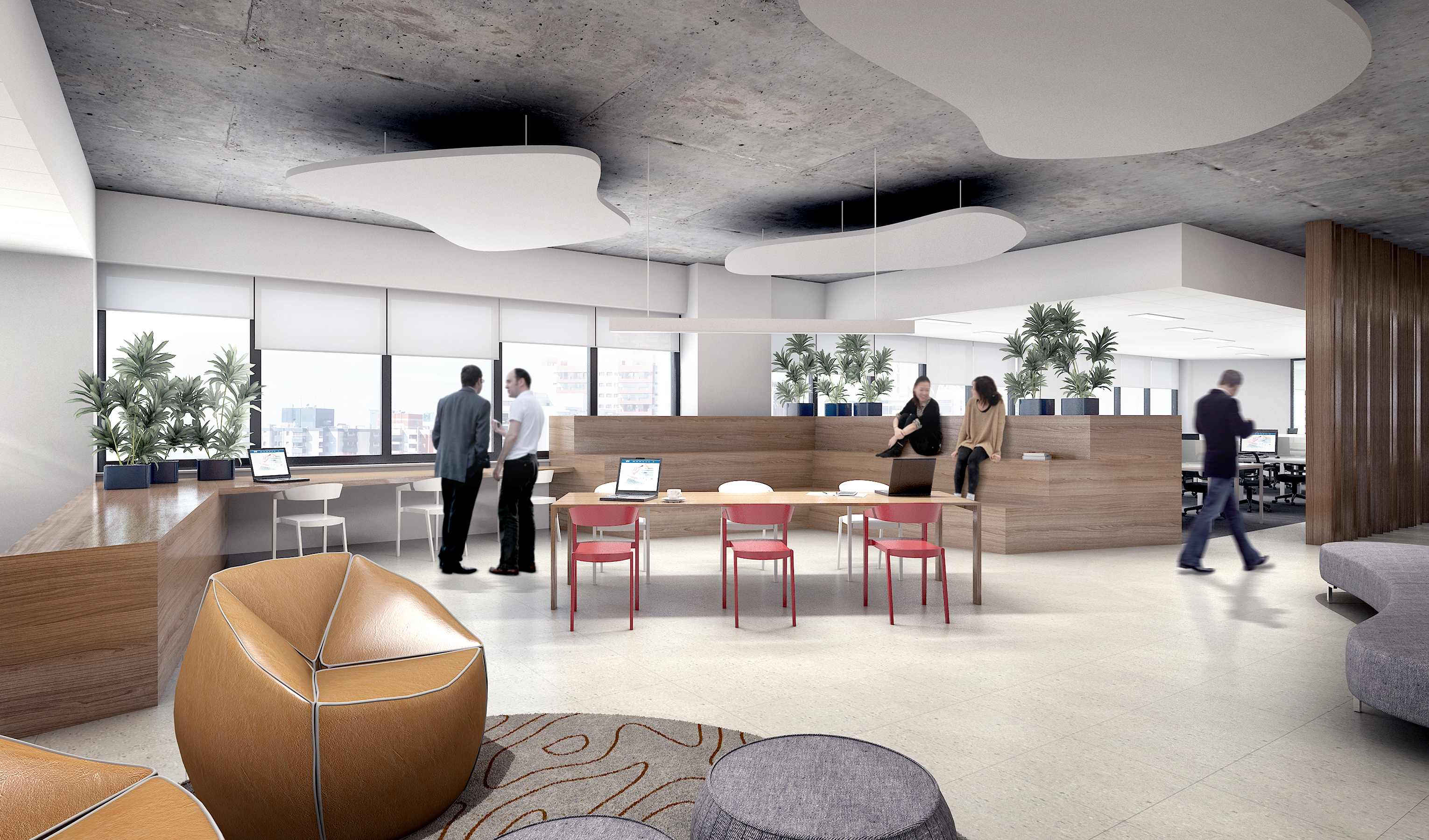 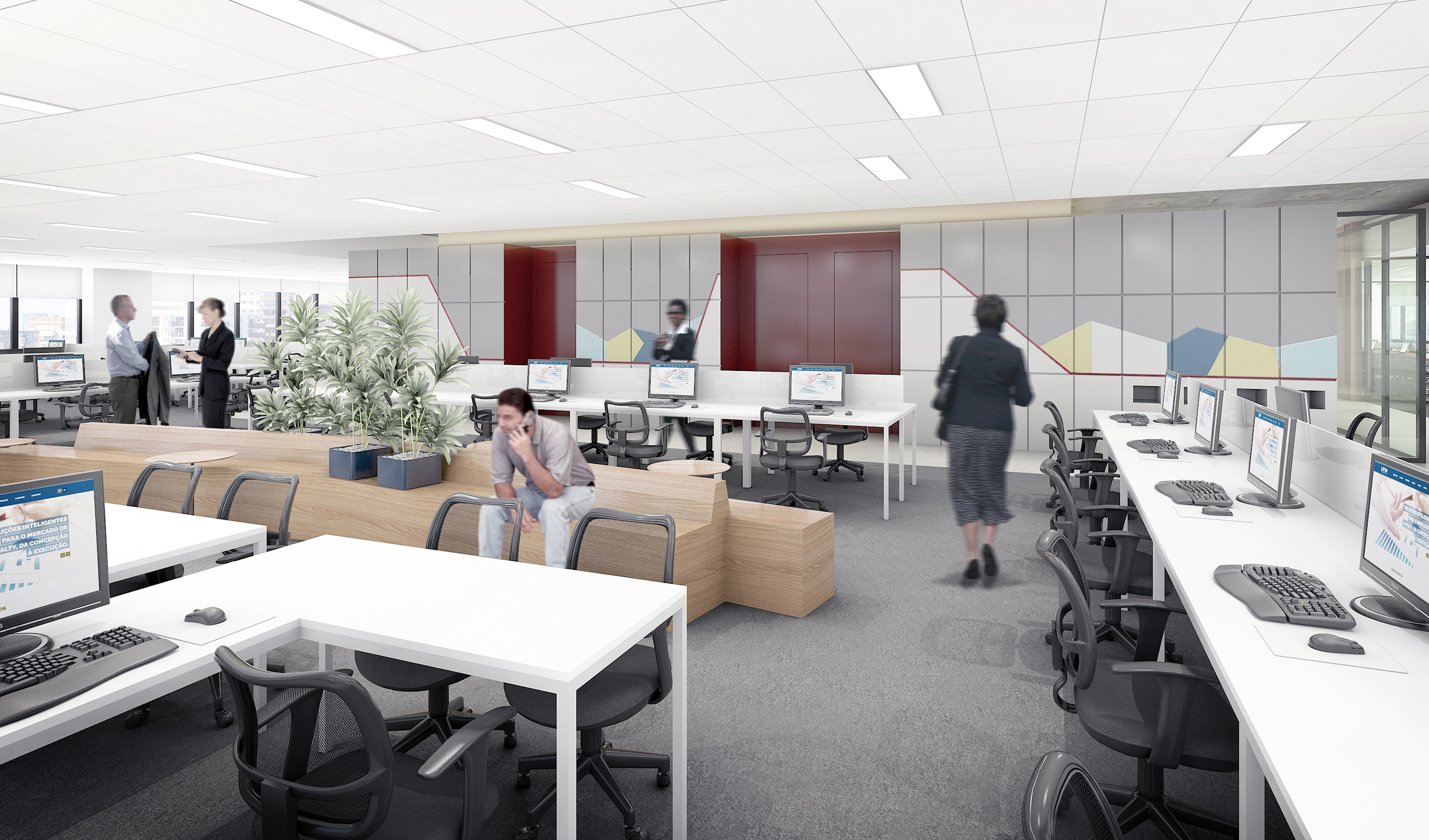 In this project, architecture is totally linked with the company’s marketing strategy. Changing the layout was an important guideline to the process of modernisation of LTM brand, Brazilian company in the field of management of loyalty programs. Created in 2007 in São Paulo, they wanted their image to be associated with a young and vibrating company. It was up to Gema the challenge to take this concept to both floors they occupy at Alphaville, São Paulo. The space, previously confusing and enclosed (with many “corners” and corridors), gained fluidity and transparency. To organise circulation and turn it into a light and interconnected environment, Gema created a circulation that encircles the core structure of the building, with a generous woodwork unifying everything.

What was previously scattered in different corners, creating visual pollution and disorganisation, is now embedded in this new woodwork, such as printers, recycling bins, freezers, coffee machines, etc. Graphic patterns were stamped on wood to create movement as well as a colourful and sophisticated occupation. Natural lighting was favoured and the plasterboard ceiling was removed, and the exposed concrete slab gave a more casual ambience to the office. The main floor received the great meeting rooms and the shared partners’ office – since the challenge was to create a more transparent space, with fewer hierarchies, the partners abandoned their private separate offices and started sharing the same space. 170 workstations were organised by areas, though without visual barriers.

Gema yet created lounge and informal meetings areas on both floors. One of those is a wooden stand that completely shifts from the traditional concept of enclosed meeting rooms and sets a new way of working. The stand is located on the second floor, dedicated almost exclusively to the technology sector; another 160 workstations were placed on this level, as well as a large open area that accommodates, among other facilities, a communal table and a lounge for small meetings.