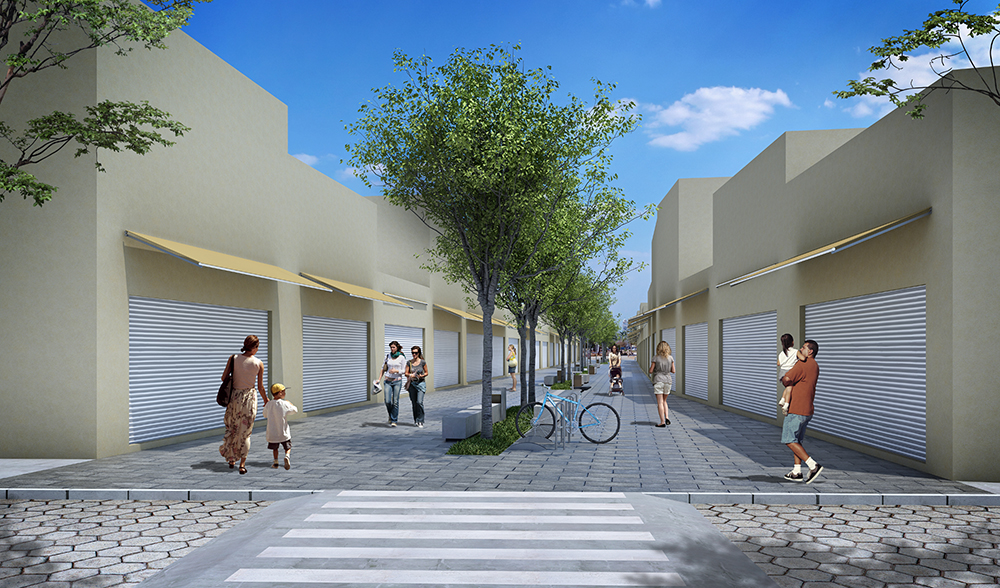 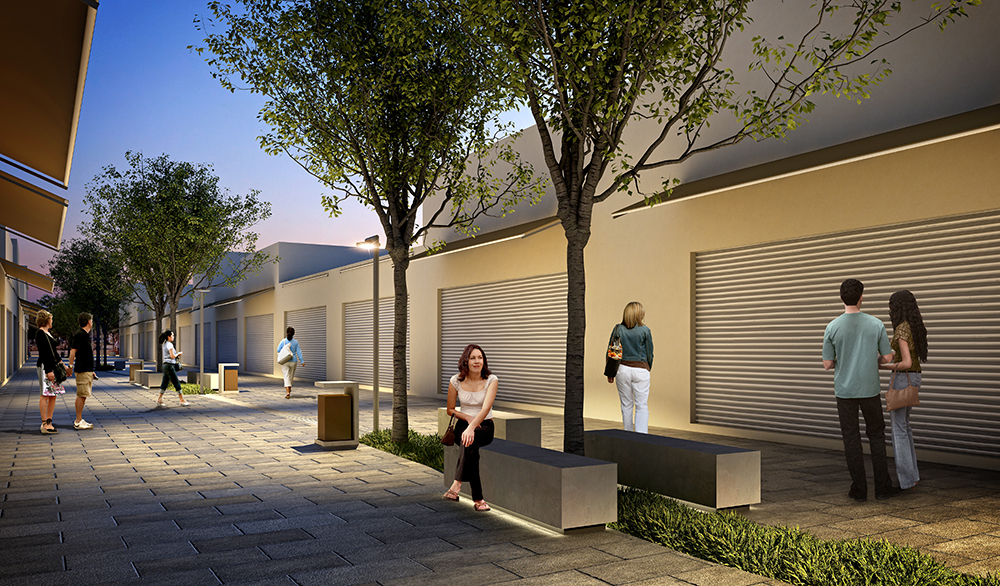 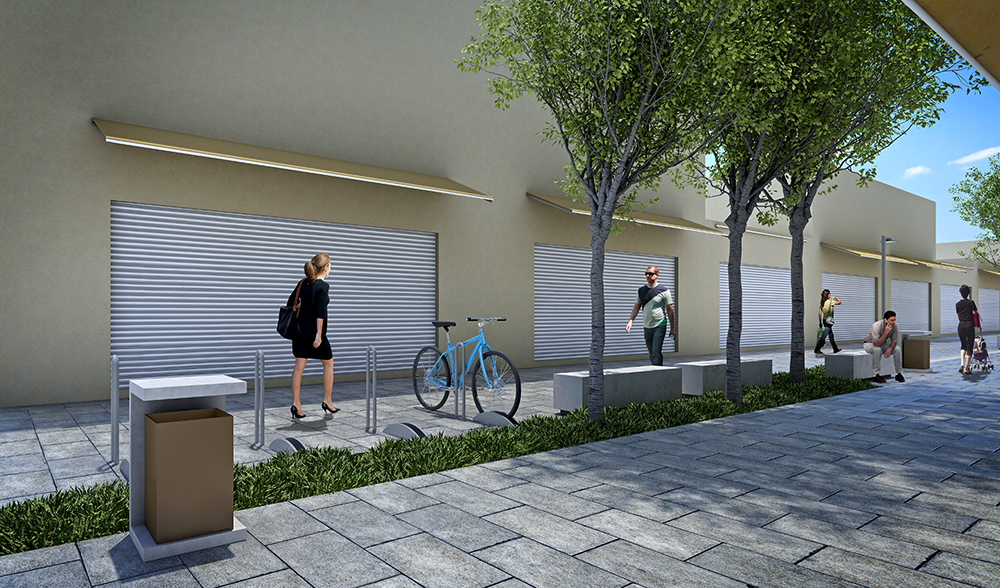 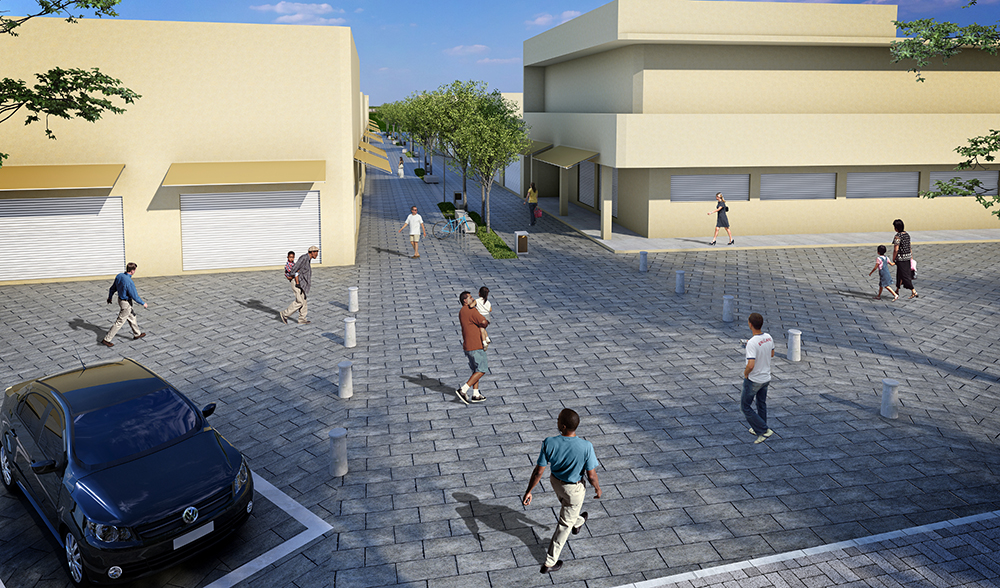 Rua Sete (“Seven Street”) has been a pedestrian walkway since the 1980’s, and is now target of a much needed revitalisation project. Located in Itanhandu, in the south of Minas Gerais state, the street is placed right in the city core, known as a privileged commercial area, but required interventions to become more adequate to walk and to be a safe, pleasant social space as well.

Gema aimed at working with formal neutrality and simplicity to create new uses and circulation paths. Along the street’s central axis, the design distributed six modulated yet differently shaped green “tears” on the paving, surrounded by benches and other urban equipments. This way, the whole extension of the street is occupied and the compositional direction of the proposal is clearly defined.

Medium-size trees will be placed along the planters axis to provide shading to the users, and bicycle racks on both ends of the street will keep enabling such common mode of transport in town. Standardised awning ensure visual homogeneity to commercial establishments. As paving solution, same colour granite pavers reinforce the intention of sobriety and discretion.