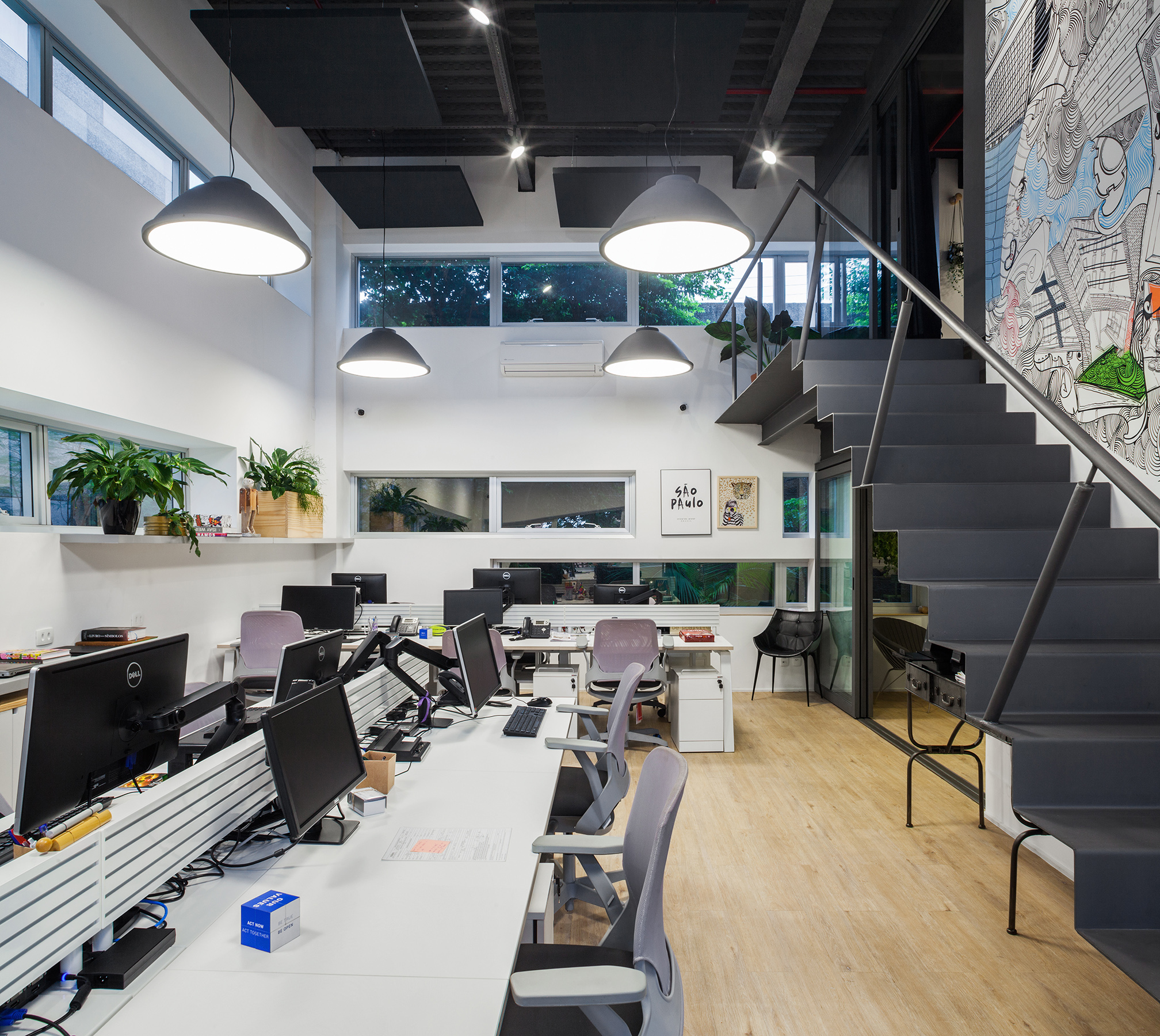 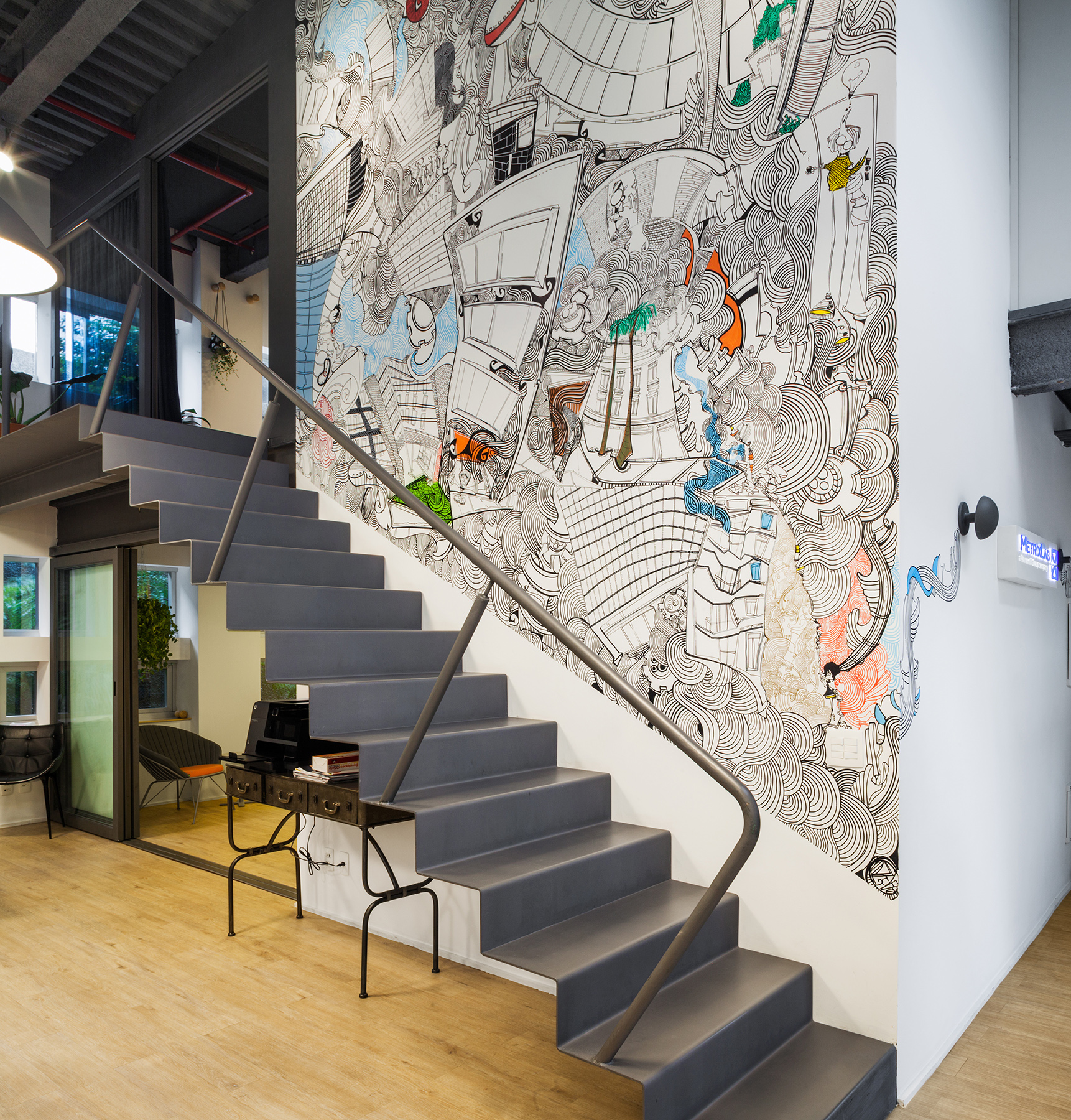 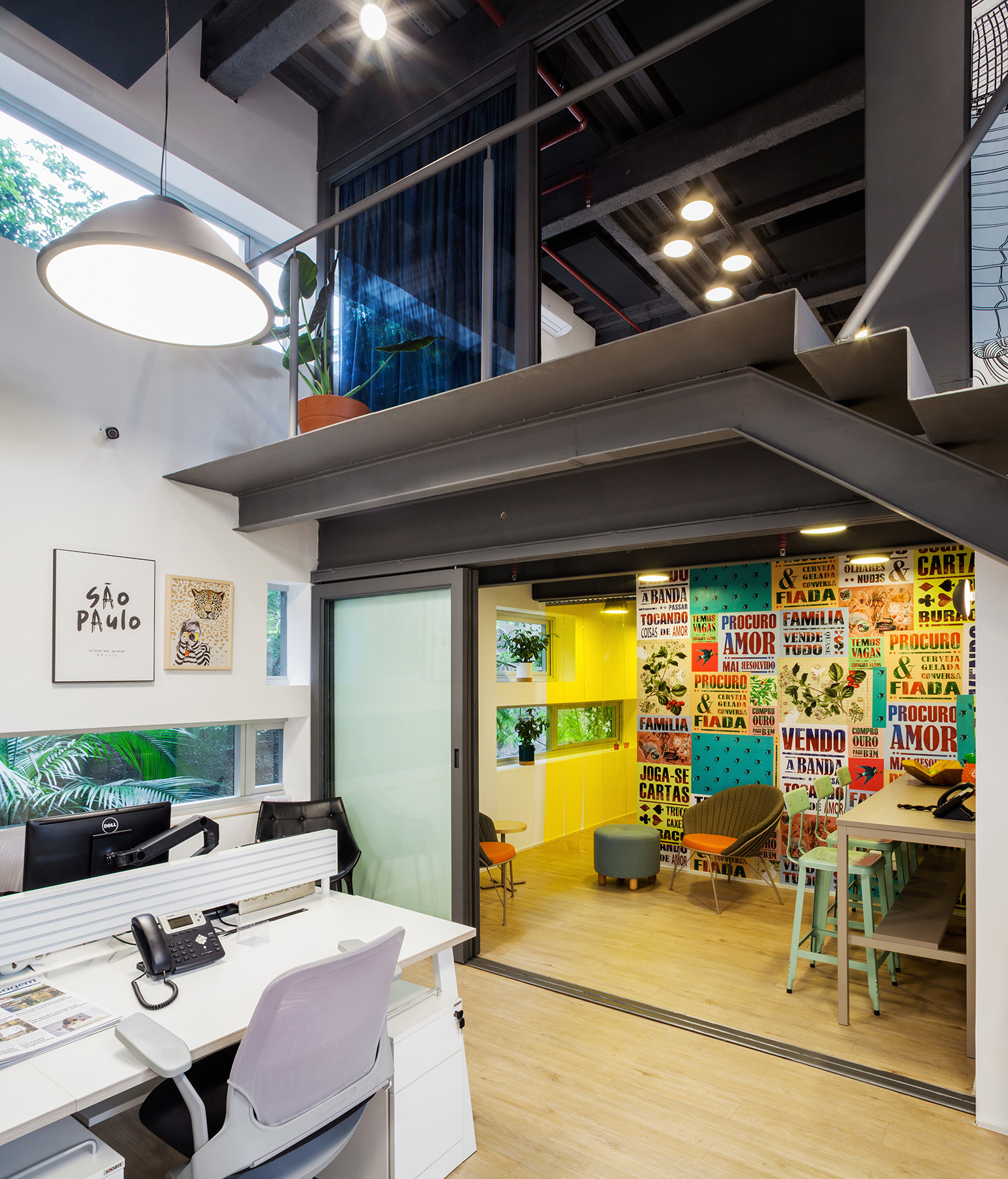 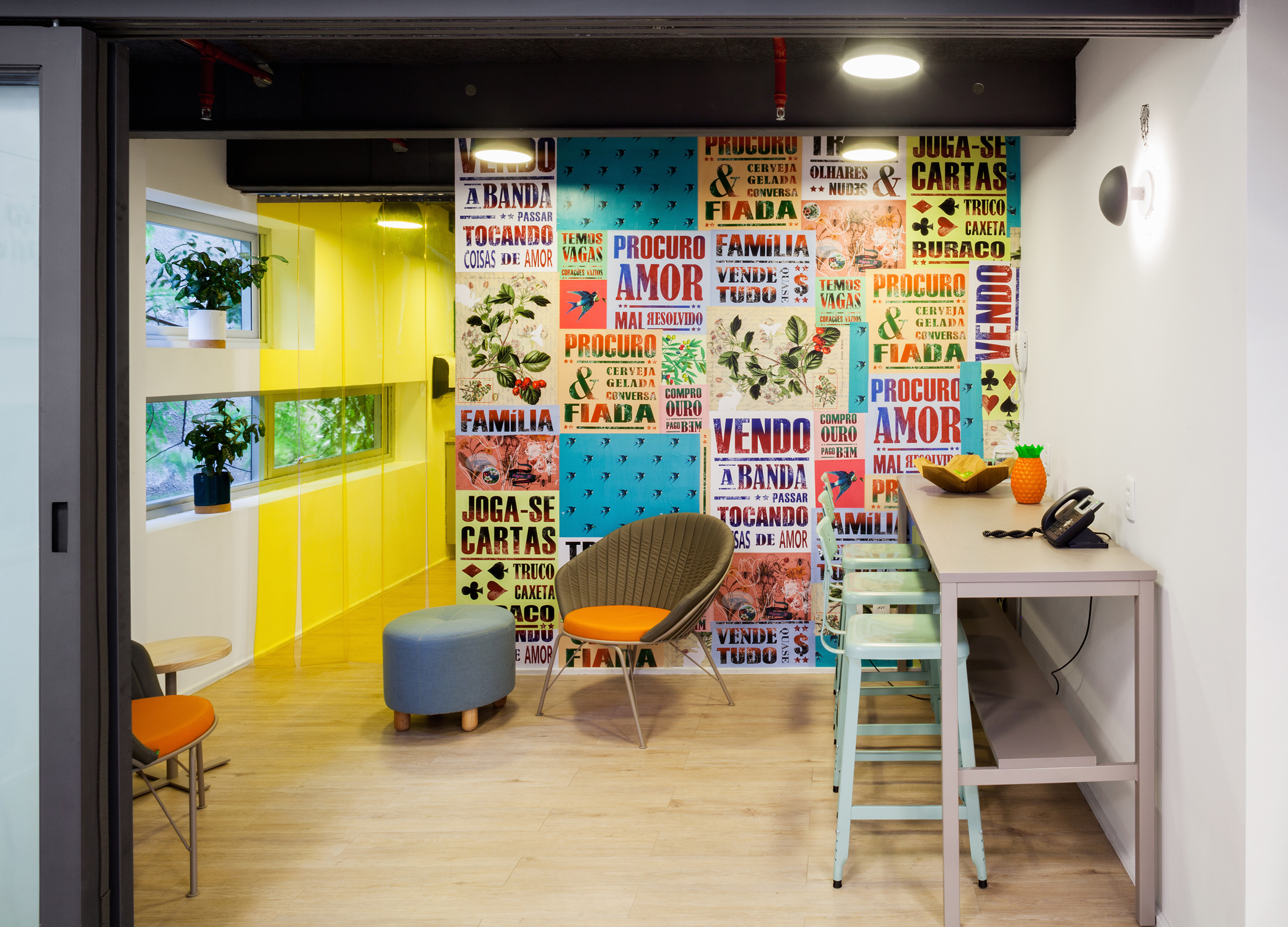 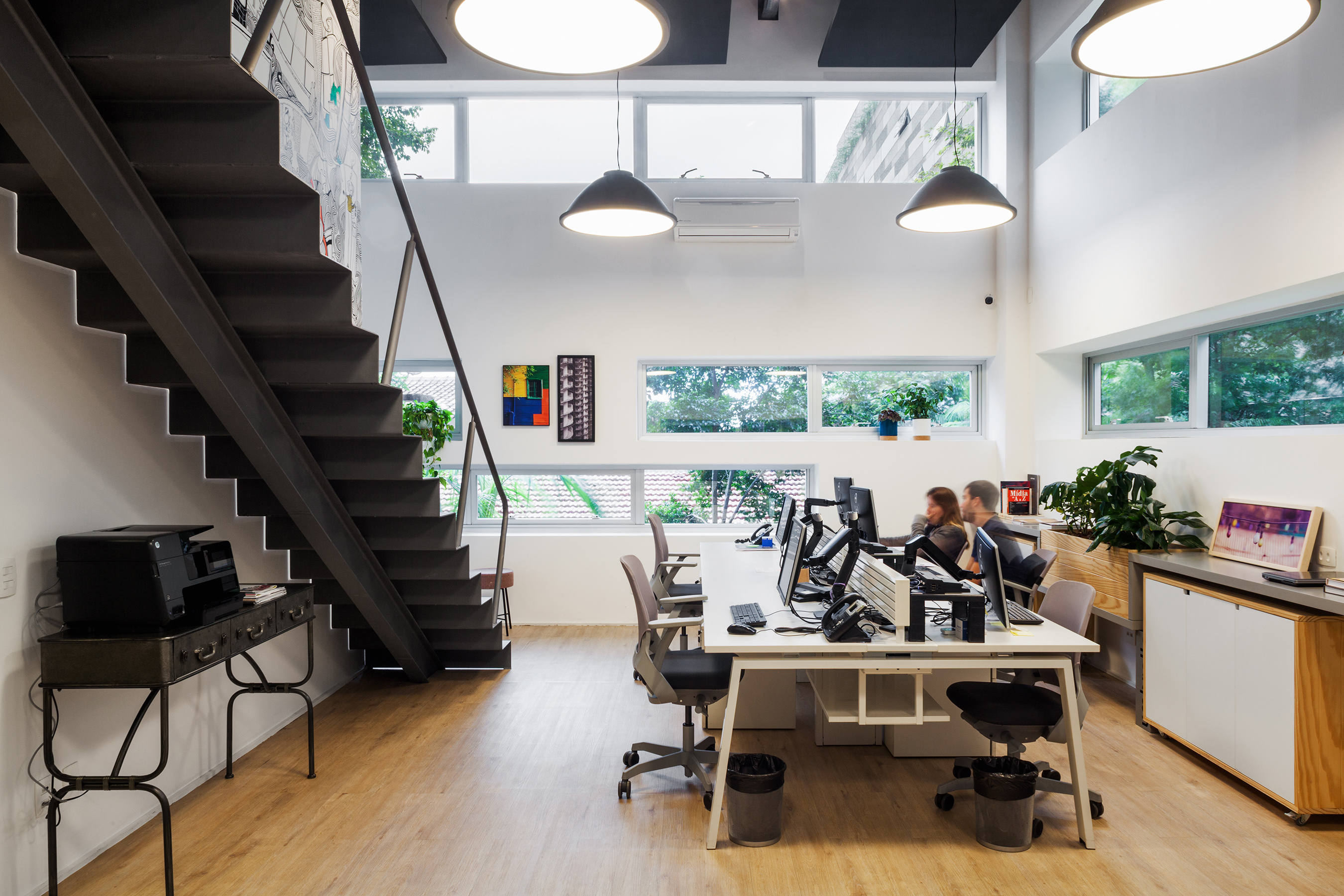 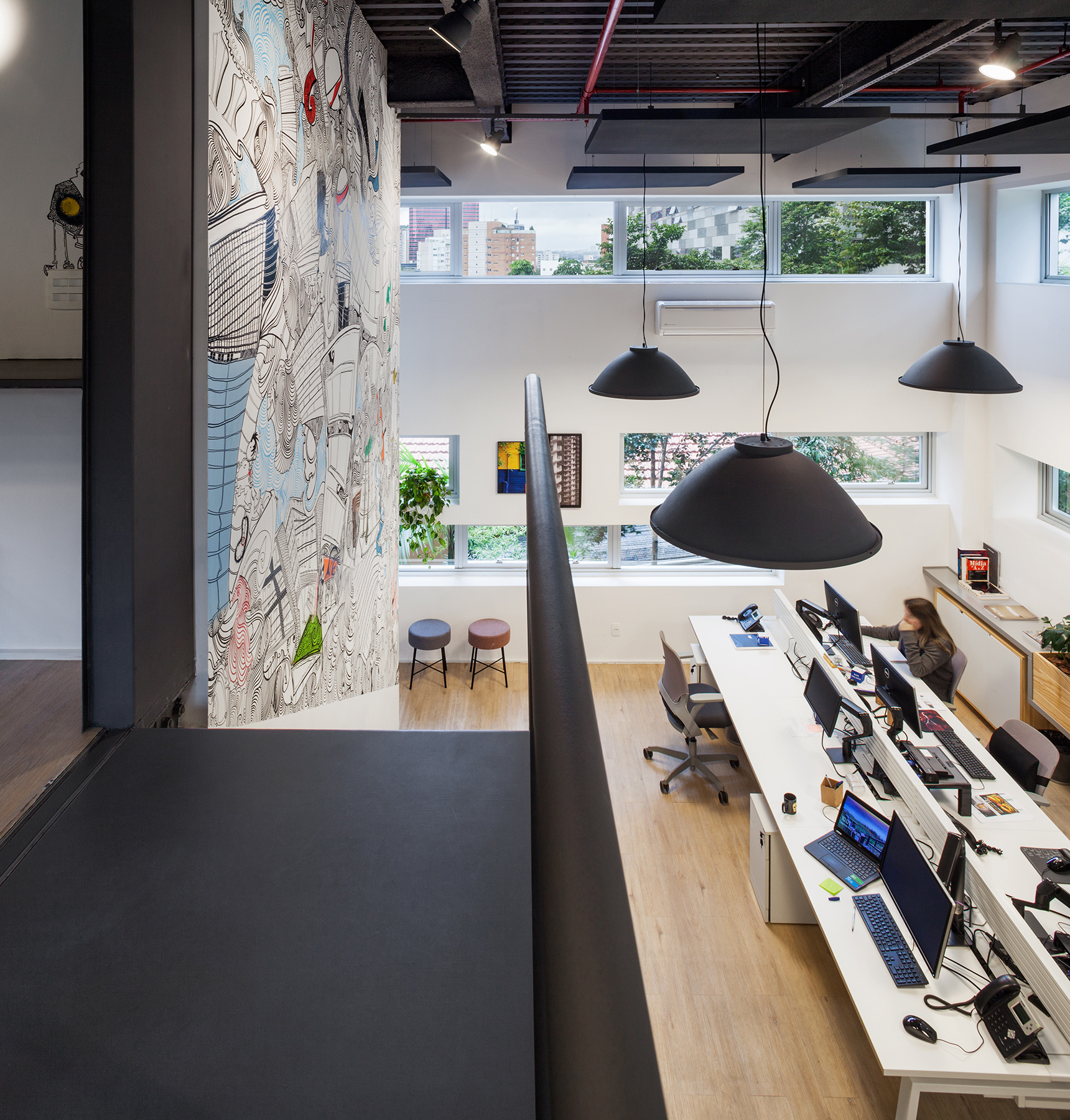 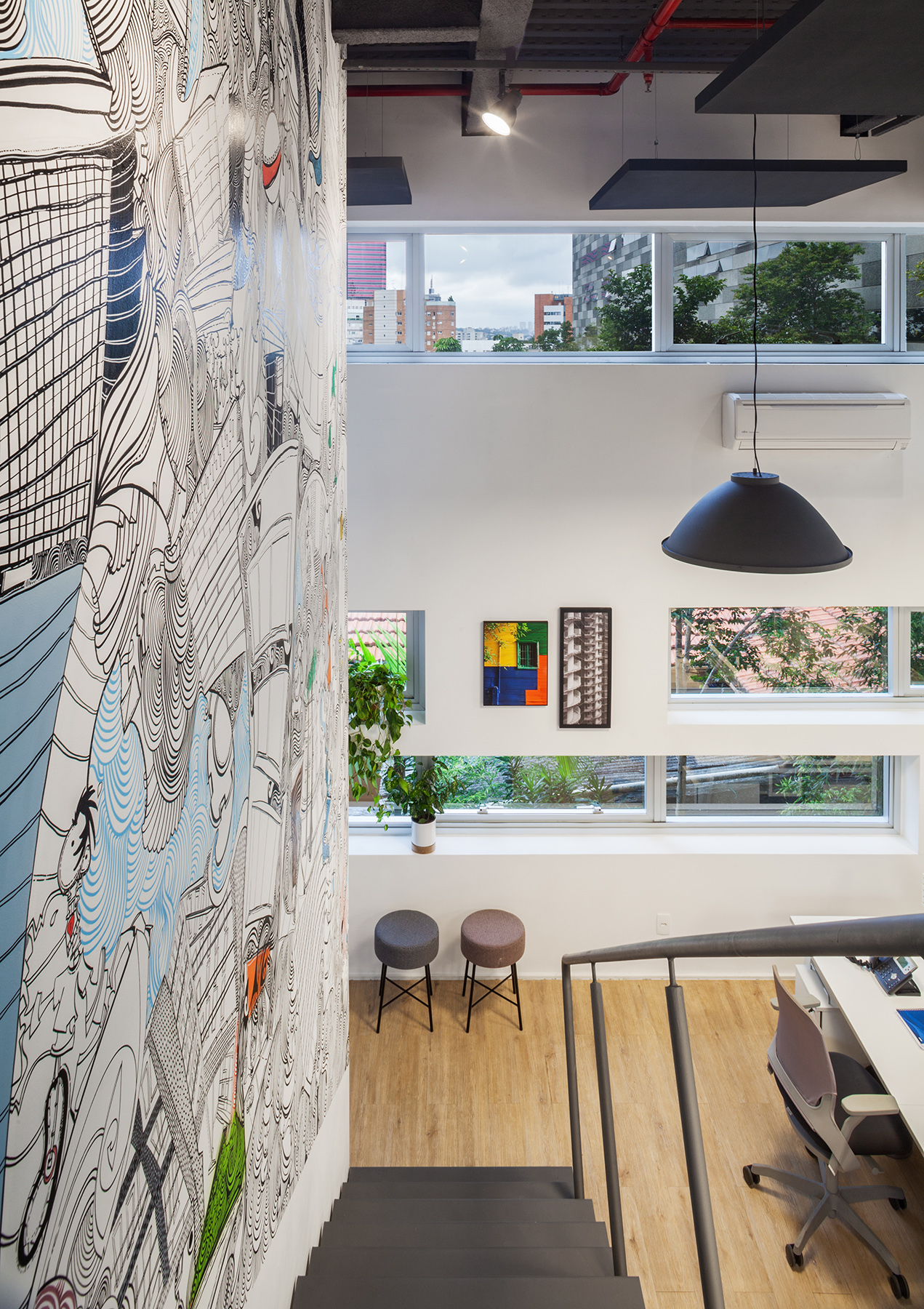 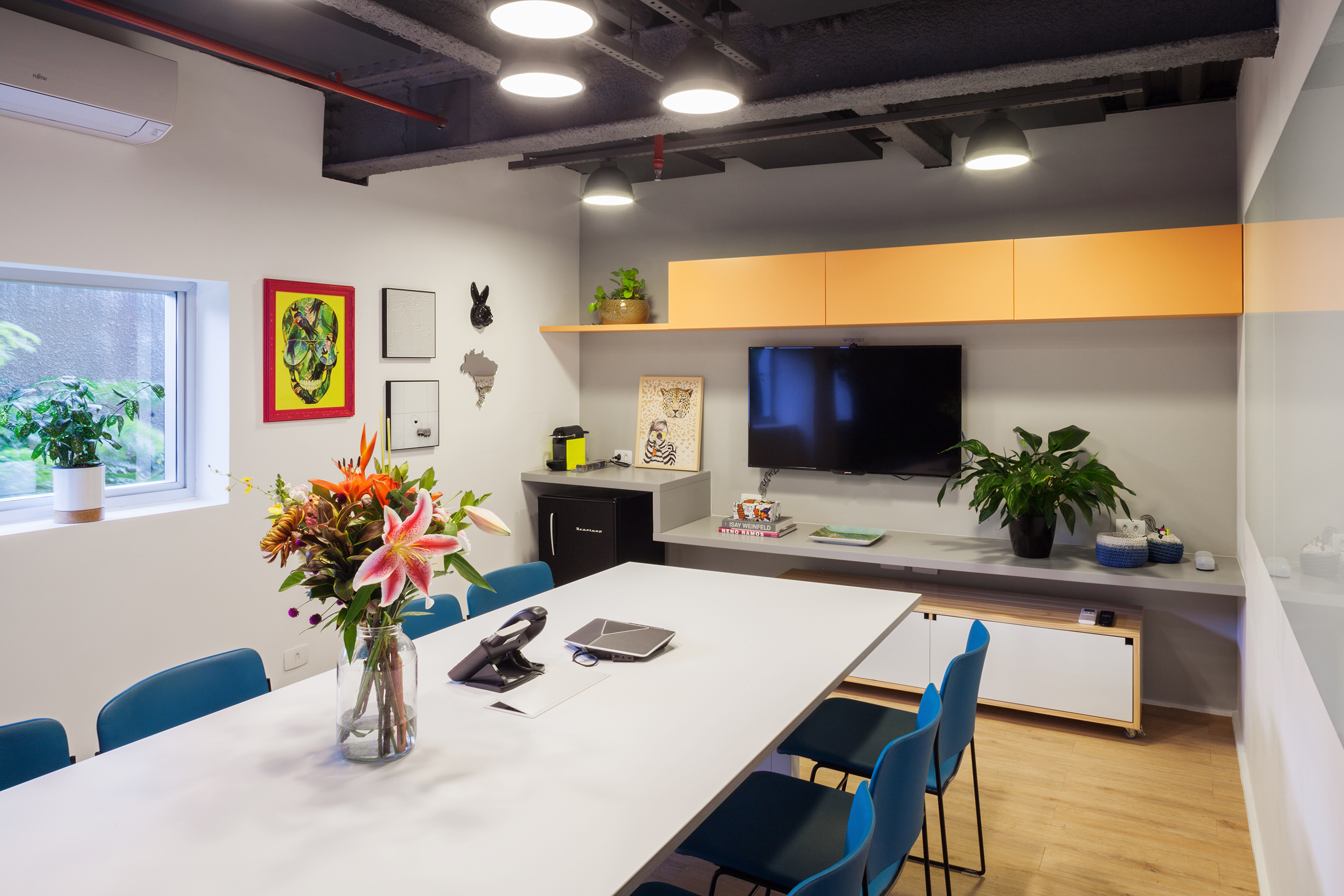 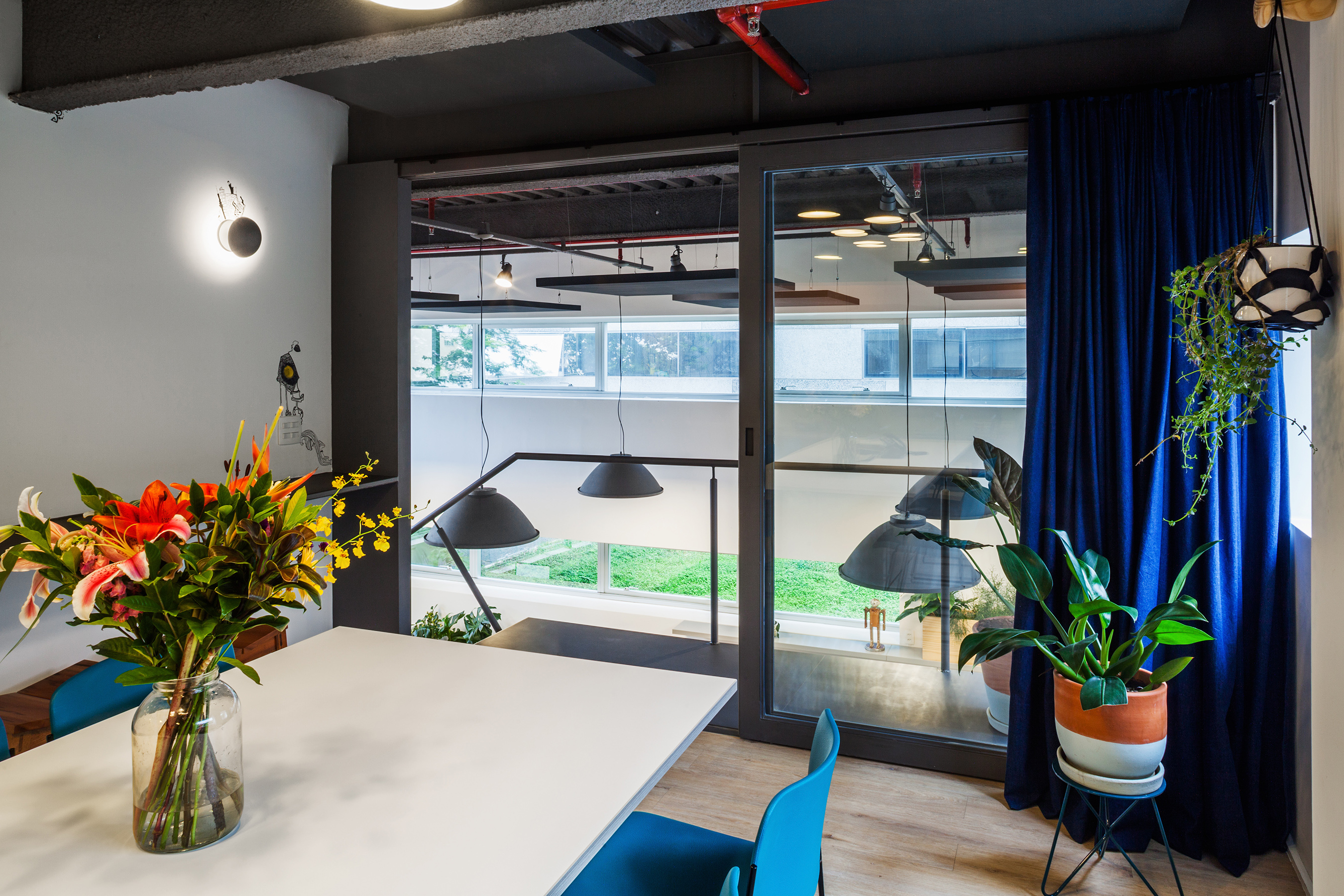 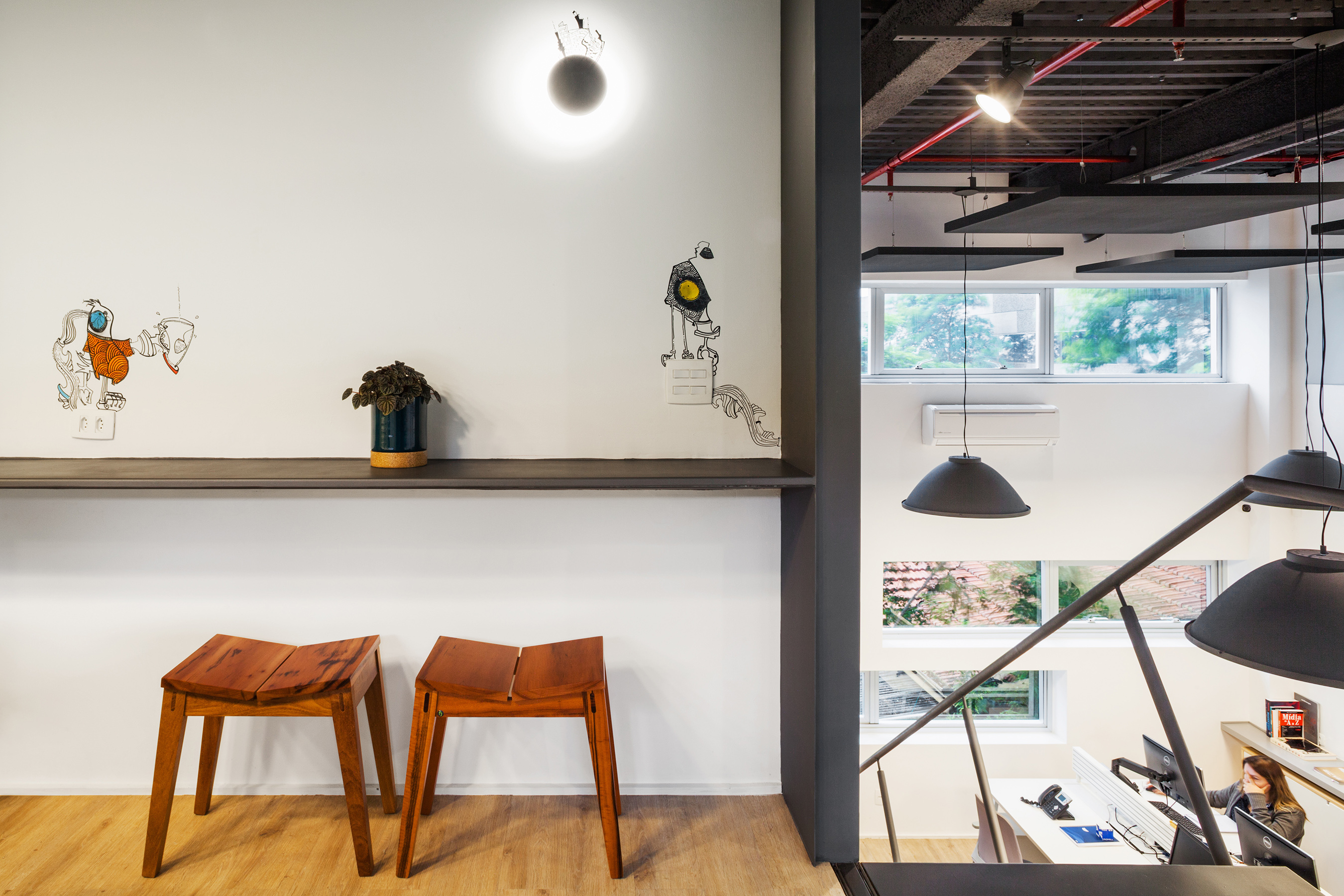 The briefing was to create an office design with youthful identity, few walls and no hierarchies, such as privileged corners or enclosed rooms. Nothing more appropriated to host the Brazilian branch of MetrixLab, a global research agency with headquarters both in Rotterdam and Tokyo, specialized in digital marketing solutions.

The interventions should involve simplicity, easy execution and low cost. The structure of the mezzanine remained from the original design, but one small change shifted the aura of the office: the spiral staircase was replaced by linear metallic stairs, which organized the first floor in a better way and at the same time created a landing area to access the meeting room on the upper floor. The wall alongside the stairs got evidenced, and for such reason it received an artistic intervention with graffiti, which eventually became the office’s focal point.

The workstations were positioned on the double-heighted great hall, and extend to a small lounge for informal meetings and leisure. A freezer-like yellow strip curtain and wheat-paste posters cheer and warm up this space. Simple custom-made furniture discretely follows the horizontality of the windows, pervaded by plants when possible.

The project resorts in creating a casual and cosy space, aligned with the proposal of where it is located at: Vila Madalena, a neighbourhood known for being a bohemian cultural and arts spot in São Paulo.