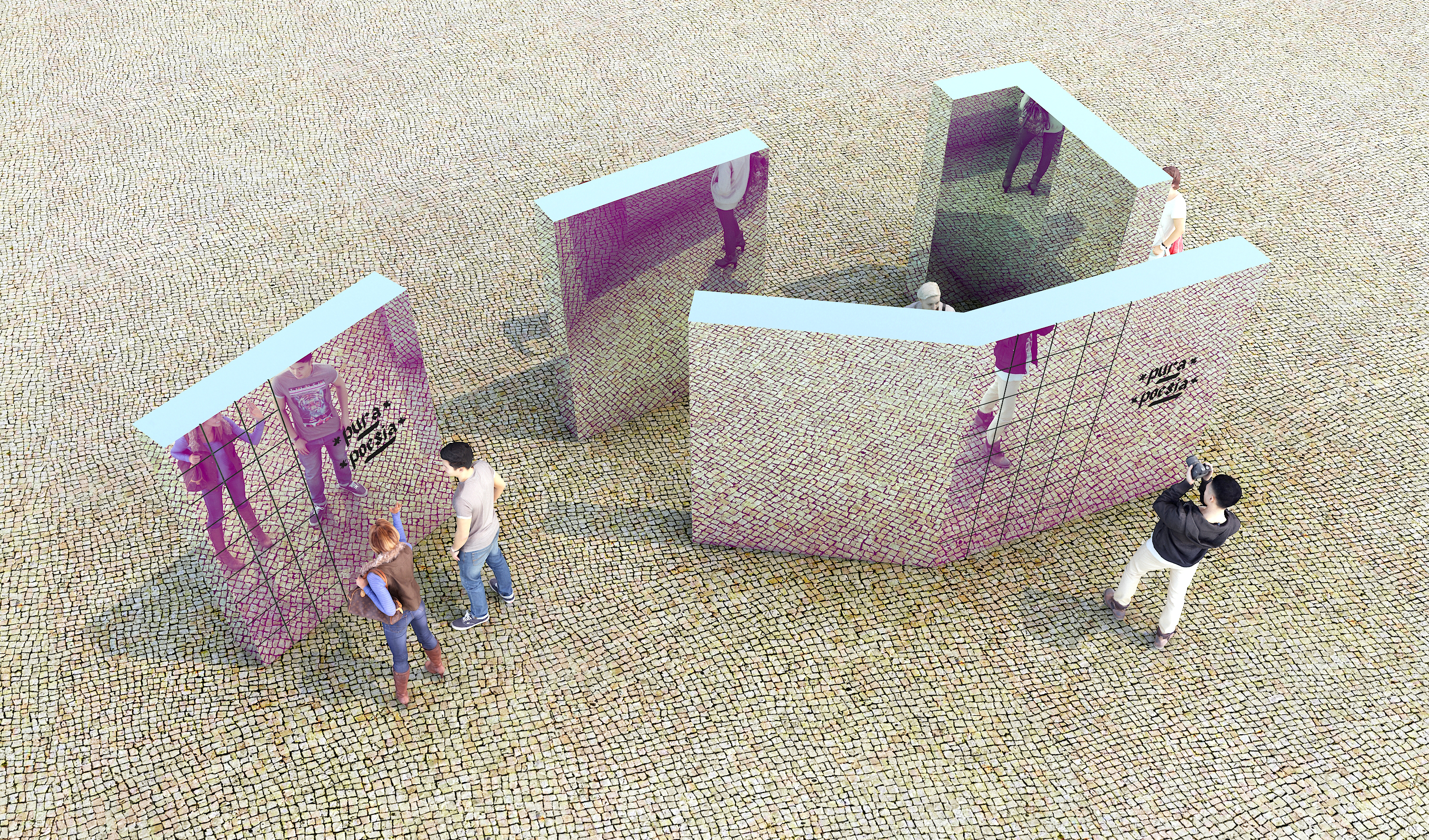 What about integrating poetry, literature, calligraphy, design and urban intervention? It was from this spirit that Gema was invited to join the development of a pilot project called REFLETE (“reflect”), which will take place in Lisbon, Portugal. Felipe Fernandes and Juliana Almeida are the project’s creators, both Brazilians living in Lisbon. The idea is to pervade the city – and people – with notorious verses from Portuguese literature, allowing them to pause, reflect, look around and get moved, in times when contemplation is almost gone.

Gema’s proposal is based on linear modules precisely laid out to reveal specific desirable angles. Arranged individually or combined, the modules will have fully mirrored sides, including their top, and the verses will be applied on the reflective surface. This way, people will their own reflection merged with the verses and the city.